It was Produced by Sony Pictures Animation and Directed by Genndy Tartakovsky. It was released on September 25, 2015.

Some time after the first film has passed, and its Mavis Dracula (Selena Gomez) and Jonathan Loughran's (Andy Samberg) wedding day. Johnny's family arrives at Hotel Transylvania, a bit uncomfortable with being around monsters, but the ceremony commences without a problem. However, when it comes time for the kiss, Mavis' father, Dracula (Adam Sandler) uses his telekinesis to toss a shrunken head door-sign between them; a bit ashamed, Dracula allows them a quick kiss.

During the reception, Dracula's friend Marty gives a heart-felt speech, which only the monsters and Johnny can understand. Bigfoot cries, accidentally soaking Johnny's mother Linda (Megan Mullally). When it comes to cut the cake, its revealed to be a screaming one; Johnny's relatives are a bit uneasy with eating the screaming slices. The newlyweds then share a dance; Dracula and Linda take their respect turns with their child. Dracula and Mavis dance onto the ceiling; he tells her he's happy as long as she is, but will feel alone once she and Johnny leave the hotel. Mavis surprises her dad by explaining she and Johnny aren't moving out; however, she then wonders why he didn't invite her grandfather, Vlad. Dracula explains it's due to him not being "hip" with humans like they are now.

About a year later, Dracula is painting in his room; it seems he's making an impressionist painting, but its revealed to be an accurate portrait of the monster, Todd. Mavis and Johnny enter, asking if Dracula would like to go flying with her; though suspicious of what they're up to, Dracula agrees to spend time with his daughter. They turn into bats and fly into the clouds. Dracula then notices Mavis is playing hide-and-seek; however, he catches her quite easily as Mavis is breathing heavily. She then reveals that she's pregnant, making Dracula ecstatic at the idea of having a grandchild.

Later, Mavis asks Johnny for ice cream with anchovies. Dracula immediately rushes onto the scene, informing her it's not healthy for her baby to give into cravings. Using a baby book for vampires, Dracula has meals prepared that ensure the child is healthy and can climb walls properly. However, Mavis points out that the baby might be human like Johnny. Dracula laughs at the idea, and gives her some monster-balls soup, her favorite dish from her childhood.

Months pass to a Friday, June 13, 2013. Dracula attempts to see Mavis, but is kept away by a monster doctor, who informs him that only the father is allowed in the delivery room. Dracula is confused, but leaves without any resistance. Later, Dracula sneaks in, disguised as a female nurse; he learns he has a grandson, whom is named Dennis (Asher Blinkoff) (but calls him "Denisovich") after his paternal great-grandfather. Vowing to never let harm come to Dennis, Dracula blows his cover as Mavis asks for her son back; pretending to be "nurse Francine", Dracula gives Dennis back to Mavis. Attempting to leave, a zombie wants to kiss him; Dracula snarls in response.

At Dennis' first birthday, Dracula's friends and Johnny's family arrive. Murray (Keegan-Michael Key) gives Dennis a medallion, and Mike gives Dennis a toy soldier. When the idea of Dennis' vampire heritage is brought up, due to the lack of any visual signs of it, Wayne (Steve Buscemi) explains that Dennis can be a vampire by growing his fangs, but not until he's five. When Mike and Linda bring up the idea of having Dennis move to where they live, Dracula explains that can't happen as Johnny is in charge of making the hotel more human-friendly. Frank and Eunice (Fran Drescher) give Dennis a toy guillotine; however, Mavis confiscates it, saying it needs to be baby-proofed. Dracula sourly explains that she's had him baby-proof the entire hotel.

Later, the hotel accepts humans. However, the new influx of tech to help accommodate this has the staff distracted most of the time. Johnny talks to Dracula about updating the acts for the humans. Among them is getting Wayne to teach something else besides tennis as his instincts have him burying the tennis balls. Johnny also tries to teach Dracula how to handle a smart phone, but with no success due to his long fingernails.

Nearly four years later, Dennis becomes friends with Wayne's werewolf pup Winnie (Sadie Sandler), who has a very strong crush on him, and expresses her feelings by constantly attacking him playfully. Dracula wakes him up one night, trying to get him to learn how to turn into a bat. But Dennis requests that Dracula dances before he trains, but Mavis walks in and stops him, and explains that Dennis has human classes half the day. Dracula is then left less than amused when he learns Dennis thinks monsters are always kind and share cake, due to Kakie The Cake Monster DVDs.

Mavis and Johnny travel to California to visit the Mike and Linda, leaving Dracula to take care of Dennis. Dracula enlists his friends Frankenstein (Kevin James), Wayne the Werewolf, Griffin the Invisible Man (David Spade), Murray the Mummy, and Blobby the Blob (Jonny Solomon) to help train Dennis to become a monster, to no avail.

Dracula takes Dennis to a summer camp, Camp Winnepacaca, where he learned his vampire abilities, to no avail either. Desperate, Dracula hurls Dennis from a tall, unstable tower to pressure him into transforming into a bat, but rescues him at the last second. The stunt is filmed by the campers and uploaded to the internet which eventually reaches Mavis who turns into a bat and flies Johnny back to Transylvania. Mavis scolds her father for endangering Dennis and his inability to accept that he is human. Mavis then decides to move out of the hotel after Dennis’ fifth birthday.

While Mavis is packing, she overhears Dennis attempting to transform into a bat, and the party starts soon afterwards. Mavis had invited Vlad Dracula (Mel Brooks), her grandfather and Dracula’s father, and Dennis' cousins (who bully him) to his birthday party. Dismayed, Dracula has the partygoers disguised as monsters. Vlad arrives with his monstrous bat servant Bela (Rob Riggle) and meets his great-grandson. Noticing that he has no fangs, he believes that fear will cause Dennis’ fangs to sprout and manipulates a stage performer (who was disguised as Kakie) into scaring Dennis, but Dracula shields his grandson and tells Vlad, who is outraged, that Dracula has accepted humans as guests in his hotel.

Mavis is angered by her grandfather’s treachery and while the family quarrels, an upset Dennis flees the hotel and enters the forest with Winnie in tow, but they are attacked by Bela who, after being bitten by Winnie and thrown away. Enraged at seeing Winnie hurt, Dennis instantly grows his fangs and his vampire abilities manifest, which he uses to attack Bela. Dracula, Mavis, and Dennis team up to defeat Bela’s minions. Bela attempts to kill Johnny in revenge, but Vlad appears with a change of heart and shrinks his former servant to a harmless size and is "played with" by the other werewolf pups.

With Dennis having vampire abilities, Mavis decides to continue raising her son in Transylvania and the party resumes.

Genndy Tartakovsky commented in October 2012 the possibility of the sequel: "Everyone is talking about it, but we haven't started writing it. There are a lot of fun ideas we could totally play with. It's a ripe world." On November 9, 2012, it was announced that a sequel has been greenlit, and is set for release September 25, 2015. Tartakovsky will return as the director, even though he originally was too busy due to his developing an adaptation of Popeye.[9]

The film has a 55% score on Rotten Tomatoes, from 103 critic reviews, with an average rating of 5.2/10.[10] YouTube film critic Caillou Pettis of the channel TwistedFalcon scored the film a B, and stated the film "is a very fun sequel."[11]

Before the release of Hotel Transylvania 2 there was already talk about a third film among the studio and the film's producer. On February 6, 2017, Sony confirmed that Hotel Transylvania 3: Summer Vacation was released on July 13, 2018 instead of the originally planned September 21, 2018. 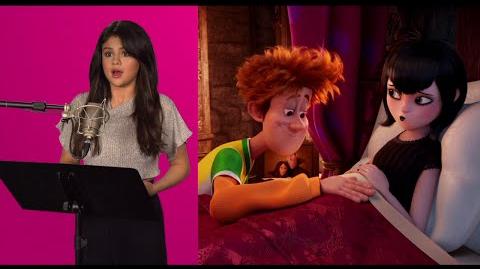 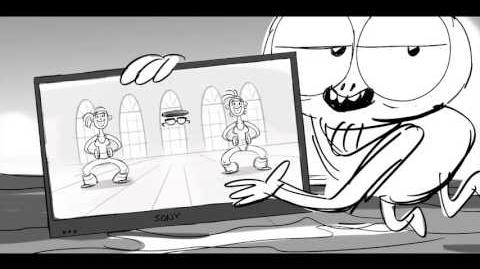 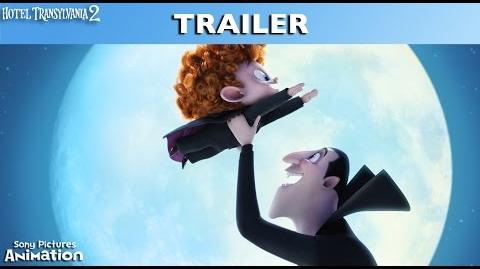 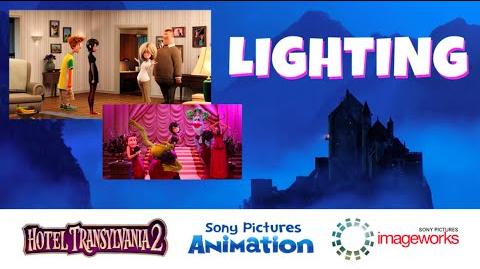 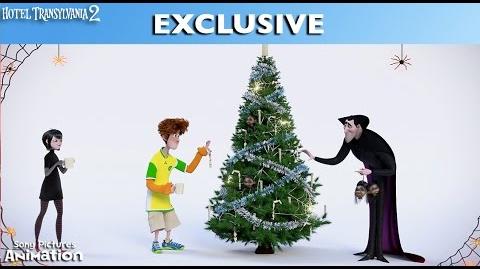 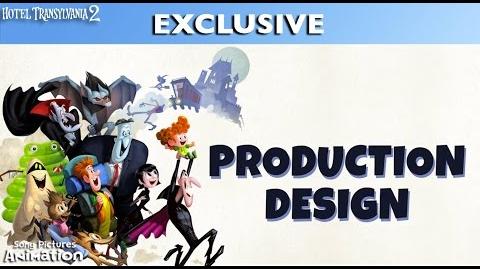