The Werewolf Kids (also called Werewolf Pups or Wolf Pups) are the children of Wayne and Wanda Werewolf. They are a generally rowdy and ill-behaved bunch, and with the exception of Winnie and Sunny, all of them appear to be male.

Out of all of them, the following are named:

There's also the second litter of pups, which includes Sunny, and all the baby boys tend to cry a lot.

Since they never stay in one place for long, it's hard to know just how many werewolf pups Wayne and Wanda have whelped: one estimate was fifty-nine thousand, but director Genndy Tartakovsky would only say "there are less than twenty but more than one." Even if Wayne has lost count of his brood, the pups' effect on the hotel is hard to ignore as they mark their territory in more ways than Dracula can tolerate. "The disorder they cause in the hotel provides the audience with insight into how uncomfortable Dracula gets when he loses control over something," says head of story Kaan Kalyon. His obvious disapproval regarding Wayne and Wanda's parenting style is a peek into Dracula's belief that he has done right by Mavis, preventing chaos by keeping her more leashed than these whirling fur-balls of frenzy.[3]

Upon arriving at the hotel, the pups immediately cause all sorts of mischief, including attacking the zombie bellhops, jumping on a piano keyboard, playing in the sand that Murray leaves behind, and even urinating on the furniture before their messes are cleaned up by the witch housemaids.

They are often/always seen as groups, and appear to be quite violent and undisciplined for the most part.

It is even mentioned by Wanda that "the kids threw the mini-bar out the window!"

The pups mostly bark and growl, but are shown to be capable of speaking English, as one pup apologizes for misbehaving and chewing on Dracula's cape.

The pups are seen in several locations throughout the film; in one instance, Drac uses their rambunctiousness to get even with Griffin by tricking him into holding a piece of bacon, which causes a pack of the pups to attack him.  In another,  a group of 10+ pups is seen with Wayne chewing on and attacking zombie Mozart before the werewolves are scolded by Dracula.

They are later seen in the auditorium, chewing on a skeleton out of boredom before they see Johnny go by on his scooter. They then take a turn on his scooter as Winnie runs after them.

A group of pups are also shown swimming the pool, and laughing as they watch Wayne pull Griffin's pants down.

Before Wayne receives a wake-up call, he is surrounded by his children, preventing him from getting proper rest by sleeping on top of him and snoring. They soon wake up and react to the sound of the alarm clock going off by howling; The pups fall off of Wayne as he gets up.

Later that day they are seen at Mavis's birthday party, dancing on a floating table before Winnie pushes them off.

Their largest role in the film is when they are called by Wayne to help him track down Johnny. They don't listen, however, and they wreak havoc and roughhouse instead. Wayne tries to get them to get the scent of a shirt that Johnny dropped, but they sniff his rear end instead. When Dracula suggests that none of the pups respect him, Wayne eventually calls for Winnie, who was able to tell them that Johnny has boarded a plane that will be leaving soon. The pups leave when Dracula tells them to "go back to their mother."

Lastly, they are seen licking Quasimodo, who was frozen by Dracula.

They first appear in the sequel attending Johnny and Mavis' wedding and stealing a teddy bear from the human flower girl.

When Dennis turns one, Wanda's newest litter of pups is seen with her and Wayne at Dennis' first birthday party.

Later, attending a birthday party for six of them, Dennis wishes a happy birthday to pups named Wally, Wilson, Whoopi, Wade, Weepy and Wanye. They get into the candy from the pinata Mavis broke, and go on a sugar-fueled rampage. Their antics cause Dennis to get hurt and have one of his teeth knocked out.

They are not seen again until they attend Dennis' fifth birthday party.

They are also later called upon to help fight Bela and his Bat Cronies, and use Bela (who was shrunken to a tiny size by Vlad) as their new play toy.

For more information about this section, visit: Winnie

Winnie was presumably the youngest of the pups prior to Hotel Transylvania 2. She stands out from the others appearance-wise, as she is the only one that wears a pink shirt (with a crossboned-skull), and has pigtails and earrings. She also sucks on a pacifier.

She is seen with other groups of pups throughout the first film, including being at Mavis's birthday party, where she throws her siblings off of a floating table.

She has the largest role out of them all near the end of the film, when she is called upon by Wayne after his failed attempt to get the other pups to help him.

Winnie's sense of smell is shown to be extremely strong (suggesting that a full grown werewolf's nose is even sharper) as she was able to tell exactly where Johnny was, what he was doing and how he got there, just by sniffing his discarded shirt. She's voiced by Sadie Sandler, daughter of Adam Sandler.

Winnie is shown to be very excitable around Dennis. She claims him as her 'zing', and tells him she loves him and his 'yummy strawberry locks'.

Trivia regarding the total amount of pupsEdit 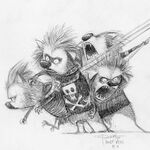 Concept art of the pups. 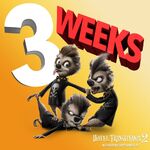 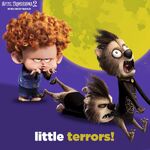 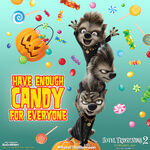 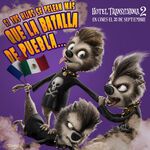 Spanish promo for the sequel.

The pups looking at Johnny (a scene from a commercial for movietickets.com). 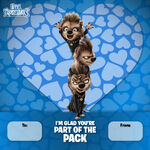 The pups often move so fast that it is hard to see them.

The kids attack Griffin, who was tricked into holding a strip of bacon.

A group of pups chewing on a skeleton...

...The pups see Johnny go by on his scooter.

A group of pups are seen dancing with Winnie at Mavis' birthday party. 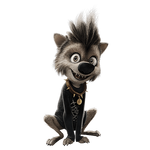 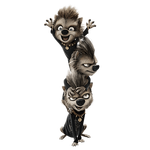 The pups ready to attack Bela and the Bat Cronies.


Cite error: <ref> tags exist, but no <references/> tag was found
Retrieved from "https://hoteltransylvania.fandom.com/wiki/Werewolf_Kids?oldid=55924"
Community content is available under CC-BY-SA unless otherwise noted.